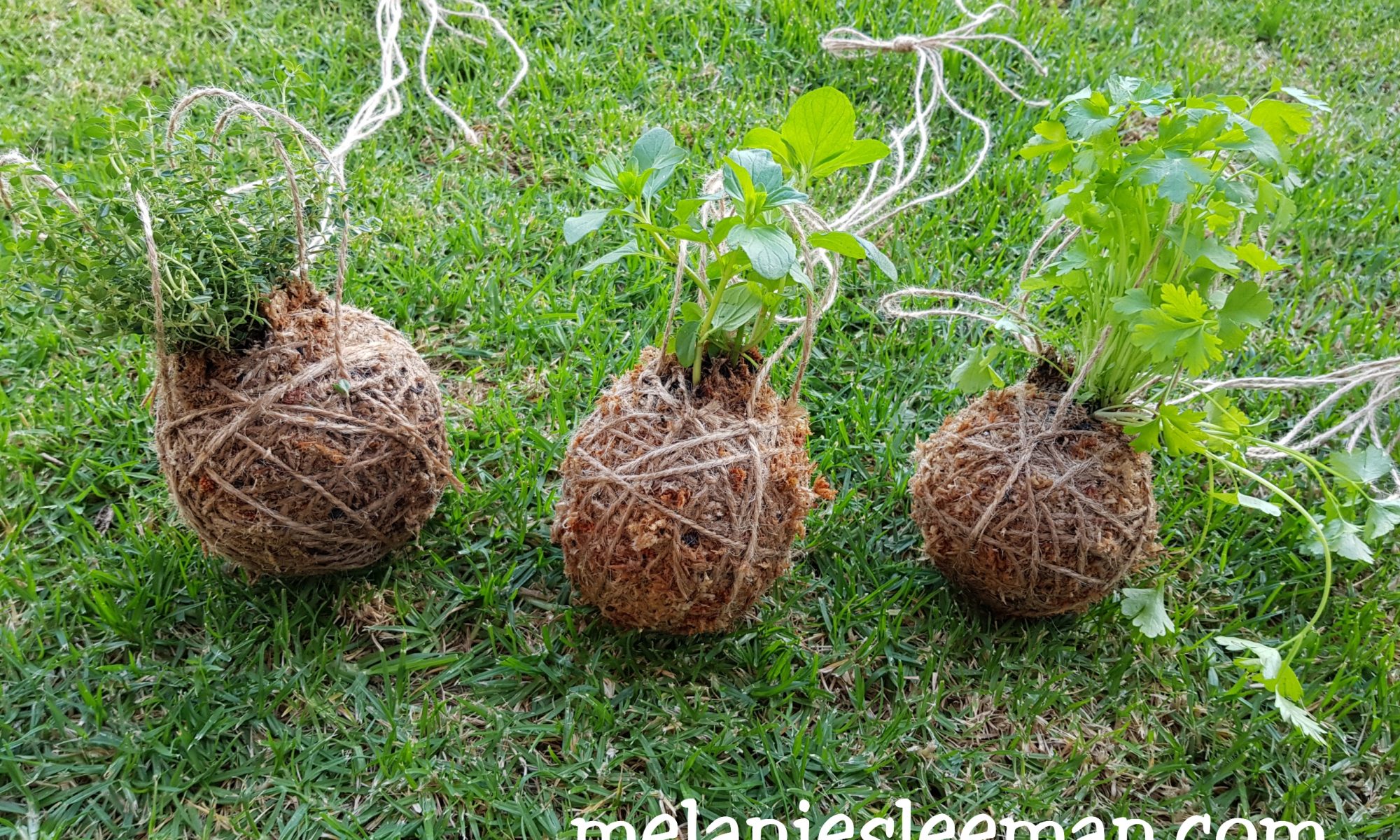 DIY – How to Make Moss Balls 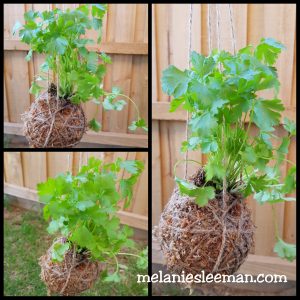 Moss Balls bring a dose of green into your home. They also make a wonderful hand-made gift and look lovely hanging in windows. Aside from being a little messy, they are relatively easy to make and you could use a combination of plant/herb options.

During the School Holidays last week my sister and I made a trip to Bunnings to get some Pots and Orchid Potting Mix to re-pot my Orchids. But while we were there we got distracted and decided we would give making Moss Balls a go. So after some quick researching we left Bunnings equipped with all we needed to give this ‘Moss Ball’ thing a go. We couldn’t find any cute succulents so opted for Herbs. After making a mess and coming out successful with 2 cute looking Rosemary Moss Balls, I decided WE (I seriously do NOT have a Green Thumb & was as surprised as my sister was, when mine actually worked) would make some more for my Mother in Laws Birthday – which was in two days. So back off to Bunnings I go to collect more supplies and we set off on making more Herbed Moss Balls. And this time we took pictures so I could share them with you all. We used Herbs in our Moss Balls but you could use any cute little plant, succulents may work better than herbs because they require less water. So if you have access to some cute succulents maybe give them a go, as they may survive longer. 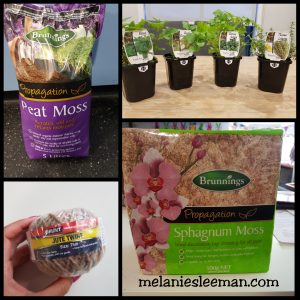 Peat Moss (you can purchase this from Bunnings)

Ferns/Herbs/Succulents or any other similar small plant 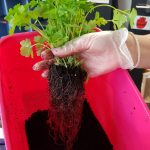 Remove as much soil from around the roots of your chosen herb/plant/ succulent, being careful not to tear apart the roots. Keep the soil you are removing in a bowl because you will need it for your balls.

Add a small handful of the Peat Moss to the bowl with your soil, give it a little 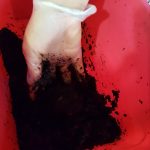 e mix and then SLOWLY add a little water and mix until you get like a wet sand consistency and when moulded into a ball it stays firm.

Then the FUN begins 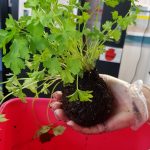 Now gently pack the soil around the roots of your herb/plant/succulent until it’s about the size of a cricket ball. This is NOT your final size as we have a few more layers to go, so if you want a large one make it bigger than a cricket ball and if you want it small then go smaller 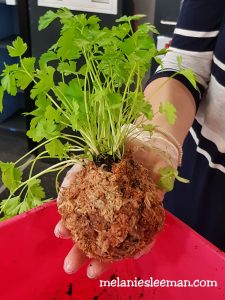 In another bowl or bucket put some of the Sphagnum Moss in it and add water until it is soft and wet, we found having the Sphagnum Moss wet made it much easier to work with. Once it is all wet and soft cover your Moss Ball with the Sphagnum Moss. This step is definitely messy and can be a bit tricky. One little tip we found handy was once you have your Sphagnum Moss all over the Ball grab a piece of string and tie it around the moss ball a couple of times to hold it in place.

Now go back to your bowl of Soil and we are adding another layer of soil, again a little tip – we found it much easier to add this next layer of soil if the soil is a little wetter than the first layer, so add some extra water to your soil. If your running low on soil add a little extra Peat Moss to the bowl and mix it in. THEN another layer of the Sphagnum Moss over the top and you will DEFINITELY need to have the string handy. We pre-cut pieces of string to about 1-2 metres long so they were ready to go. As you add the Sphagnum Moss if it’s not quiet holding enough this is where you can use the string to hold it in place, you will need to make sure the entire ball is covered in Sphagnum Moss. 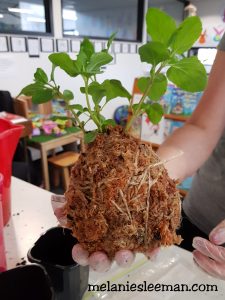 place,we squeezed our ball to release the extra water and you will want to tie the string quiet tight. You can add as little or as much string as you like depending on how covered you would like it. You can also add a splash of colour here by using some twine/cotton or builders string in whatever colour you would like. We chose to keep it neutral with just the brown string colour. I found this step a bit awkward and needed an extra pair of hands but my sister was able to do it on her own. Isn’t she clever.

If you would like to hang your Moss Ball like us, we cut two really long pieces of string, found the centre of both of them and tied them in a knot together, we did this twice so that the knot wont move. Then place this knot at the bottom of your Moss Ball, grab one of the strings and loop it under one of the string’s that have been tied around your Moss Ball a couple of times to hold it in place, it’s best to choose a string close to the top of your Moss Ball (the plant) so it will hold it in place more securely. Repeat this with the other three pieces of string, so that you have one kind of on each side (I know it’s a circle and doesn’t have sides, but 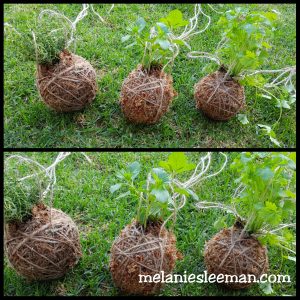 you know what I mean) and it’s all ready to hang and look after.

And you are all done, Congratulations you have your very own Moss Ball.

How to Look After Your Moss Ball:

Now this is the part where we don’t really know much about because we have only just made ours (and I’m really not a green thumb, so mine will probably not live for as long as yours, especially considering mine is still hanging on the tap where I put it after we made them last week)

BUT I have done a little research and some helpful hints I have found to help keep yours thriving include:

If you do choose to make a Moss Ball I would LOVE to see some pics and hear how it goes. Mel xoxoxo